Posted by: admin in Cyprus 78 Views

Ayia Napa (Agia Napa) is an important seaside resort on the southern coast of Cyprus. This town is located in the southeastern part of the island, west of Cape Greco, and just south of Famagusta and from the border with the Turkish part of Cyprus.

From a small fishing village built around an ancient monastery, Ayia Napa (Agia Napa) has now become one of the liveliest places on the island. This seaside resort attracts a multitude of young people and tourists looking for fun. Often its nightlife is compared to that of Ibiza, Mykonos and Rimini.

Ayia Napa (Agia Napa) has become, in recent years, the most famous seaside resort on the island of Cyprus, full of hotels, restaurants, night clubs, and famous for its sandy beaches. The town is characterized by the presence of an ancient monastery, which gave it its name, built in the sixteenth century, during the Venetian rule on the island.

WHAT TO SEE IN AYIA NAPA / AGIA NAPA

Thanks to its beaches, where you can practice water sports such as water skiing, windsurfing, canoeing, scuba diving, and its wild nightlife, Ayia Napa attracts a large number of tourists. The central square (Plateia Seferi) of the town, simply called The Square, is full of restaurants, night clubs and shops, life and shops extend to other streets in the center, some of which are pedestrianized.

The most famous ancient building in Ayia Napa is its 16th century monastery. The building is located near the main square (Plateia Seferi) and is what remains of the original building destroyed by the Turks after the expulsion of the Venetians from Cyprus. Surrounded by a wall, the monastery has a beautiful cloister, a church, and a sixteenth-century fountain.

In the center of Ayia Napa is the “Thalassa” Museum of the Sea (Thalassa Municipal Museum of the Sea), dedicated to marine life and the conservation of the marine heritage of Cyprus. The museum exhibits marine artifacts, relics of the history of the island, from prehistoric times to the Venetian period. In addition, the museum houses some rooms dedicated to paleontology, there are fossil fish, shells, corals, and ammonites. Other rooms are dedicated to the marine animals of Cyprus, exhibiting fish, mammals, turtles, seals, corals, sea urchins, starfish, sponges, and marine plants.

All Ayia Napa beaches have been awarded the European Blue Flag for their level of cleanliness and service. The most famous beach in Ayia Napa is Nissi beach. It is a sandy beach that stretches for 500 meters, fronted by a small islet, and whose waters, for their cleanliness, have been awarded the blue flag. Nissi beach, is located 1 km from the center of Ayia Napa, and is popular with young people thanks to the numerous opportunities to practice water sports.

Another beach among the most popular is that of Limanaki, also known as the Harbor beach. This is a family-friendly beach and is the longest beach in Ayia Napa.

For those who love fun, do not miss a visit to the Water World Themed Waterpark. This park is called the largest water park in Europe. In the park, which has ancient Greece as its theme, there are 18 different attractions all related to water.

Finally, in the surroundings of this seaside resort it is worth visiting the area of Cape Greco with its beautiful cliffs and sea caves that can be reached by boat. Cape Greco is a ten minute drive from the center of Ayia Napa, and is a nature reserve.

When to go to Cyprus.

2022-01-26
admin
Booking.com
Previous: When to go to Cyprus: The climate of Cyprus
Next: Croatia: geography and tourist attractions 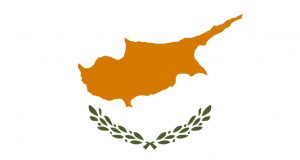 When to go to Cyprus: The climate of Cyprus