Home » Bulgaria » Bulgaria: a varied territory in the Balkan Peninsula

Bulgaria: a varied territory in the Balkan Peninsula

Posted by: admin in Bulgaria 92 Views

Bulgaria is a state of southeastern Europe, which joined the European Union in 2007. The Bulgarian state is located on the Balkan Peninsula. Its coasts face eastwards on the Black Sea, while it borders to the north with Romania, to the west with Serbia and Macedonia, to the south-west and south with Greece, and to the south-east with Turkey.

From an administrative point of view, Bulgaria is made up of 28 provinces (oblasts, singular: oblast). The capital is the city of Sofia, other important cities are those of Plovdiv, Varna and Burgas.

Bulgaria has a varied territory consisting of plains, hills, plateaus, and mountains. The plains, which represent about 30% of the country’s surface, occupy the northern area along the border with Romania, where the Danube flows.

South of the Danube valley are the mountains of the Balkan chain (Stara Planina) which run from west to east and reach heights of over two thousand meters. The highest peak of this range is Mount Botev (2,376 meters), which rises almost in the center of the village.

The Rhodope Mountains lie to the south near the border with Greece. They are just over two thousand meters high with their highest mountain, Golyam Perelik (2,191 meters). In the south-western corner of the country is the massif of the Pirin mountains with peaks approaching three thousand meters, the maximum height of these mountains is Mount Vihren (2,914 meters). North of this mountain range are the Rila Mountains, where the highest mountain in the country is Mount Musala (2,925 meters).

When to go to Bulgaria. 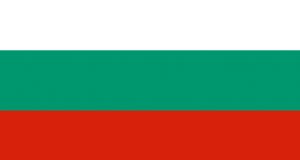 When to go to Bulgaria: The climate of Bulgaria