Home » Albania » Albania: the geography and history of a small nation

Albania: the geography and history of a small nation

Posted by: admin in Albania 81 Views

The territory of present-day Albania during the Roman Empire was part of the province of Illyria (Illyricum), later it was part of the Byzantine Empire and then, starting from the 9th century, of the Bulgarian Empire. Having become an autonomous kingdom in the Middle Ages, in the 15th century it became part of the Ottoman Empire. Only in 1912 did Albania declare its independence, but a true independent Albanian state was born only after 1920. In 1939 the country was occupied by the Italians. Between 1946 and 1990 Albania was ruled by a Communist-style government.

Albania is mainly made up of mountainous and wild territory, in the far north are the offshoots of the Dinaric Alps, which in some points exceed 2,600 meters. Mount Korab (2,764 meters), located along the Macedonian border, is the highest mountain in Albania. Numerous other peaks across the country exceed two thousand meters in height.

2022-01-19
admin
Booking.com
Previous: What to see in Vorarlberg: the most beautiful attractions
Next: Austrian cuisine. The dishes of the cuisine of Austria 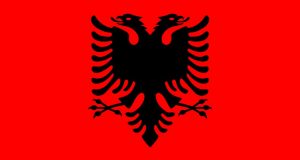 When to go to Albania: the climate of Albania

Tirana: the capital city of Albania